We are working on bringing all systems back online as soon as possible, our website currently has limited functionally. For updates visit https://heartbeat.ivao.aero/.

The International Virtual Aviation Organisation, IVAO for short, was founded in 1998 to provide an online platform for flight simulation enthusiasts to enjoy their hobby in a simulated real-world environment, in company of other people, flying or providing Air Traffic Control services. 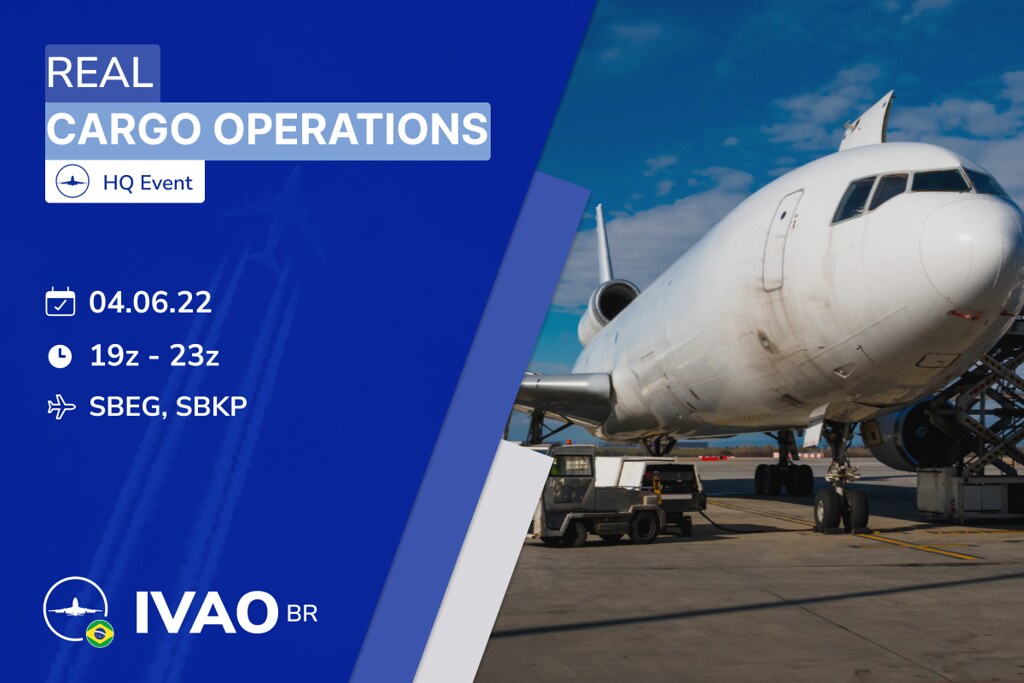 The IVAO Brasil Events Department is pleased to announce the newest version of the verisimilar to reality events series: The Real Cargo Operations In this inovation, we will use the slot system, but with the flight you want! The Manaus / Eduardo Gomes International Airport (MAO/SBEG) is an international airport located in the city of Manaus, capital of Amazonas State It is the largest airport in the North region of Brazil It has 3 air cargo terminals The Air Cargo Terminal I (TECA I) was inaugurated in 1976, concomitant with the airport, being destined for the movement of goods produced in the Industrial Hub of Manaus; TECA II was inaugurated in 1980, it handles only export cargo and TECA III, inaugurated in 2004, is dedicated to the movement of import cargo TECA in Manaus is the largest cargo logistics complex of Rede Infraero and the busiest in the country In the first half of 2017, the terminal registered the largest gross increase in the movement of goods in Brazil, with a 31% growth in the tonnage of cargo handled, in the areas of import and export The Viracopos / Campinas International Airport (VCP/SBKP) is an international airport in the city of Campinas, in São Paulo State It is an important air traffic hub in Brazil and by surface is the largest air cargo hub in South America Located 17 kilometers from the downtown Campinas, Viracopos is the second main air cargo terminal in the country Its cargo terminal has an area of 81,000 m² and accounts for about 18% of the total cargo movement registered at Brazilian airports It is the main international airport in the interior of São Paulo state and also serves the Metropolitan Region of São Paulo

Dear Pilots,MA division is presenting an tour-event which will consist from 7 legsFor each leg will assigned a route and date/time During that you will get an full atc coverage all over the route After completing and reporting the tour you will get an one point After having 7 point you will get an Aviation Celebration Tours and Events and Pilot EventsThe first leg will be with BR division SBFZ - GMMN 12nd of September from 14z to 23z

Other networks exist offering similar services, but none can match IVAO!

Tweets by @IVAOAERO
Sponsored by: